Lefkada, Greece, the tour of the island in one day from above.

When we received the email from Christos Kefalas we could not believe our eyes, but at the same time we could not hide our enthusiasm.

He was introduced to us as a young businessman on the island and invited us to record it from above in view of Easter and Summer period wanting to show the endless beauties of the island.

At first we thought he had a hotel unit and its purpose was to promote it.

But no. As he told us, there was no point in doing so. Its purpose was to show the island and if this is done properly then the whole island will benefit from it.

In fact, he suggested that a nice idea would be to do it within one day. Something hard but not impossible.
As a resident of the island, he knew that if we started from the city of Lefkada and finished in the Gremnoi then we would always follow the ideal course of illumination from the sun.

It was 03:00 am when we left Athens and we arrived in Lefkada at 06:30. The growth of the day after the change of time helped us complete the “flying round of the island” and the shooting was completed around 18:00. 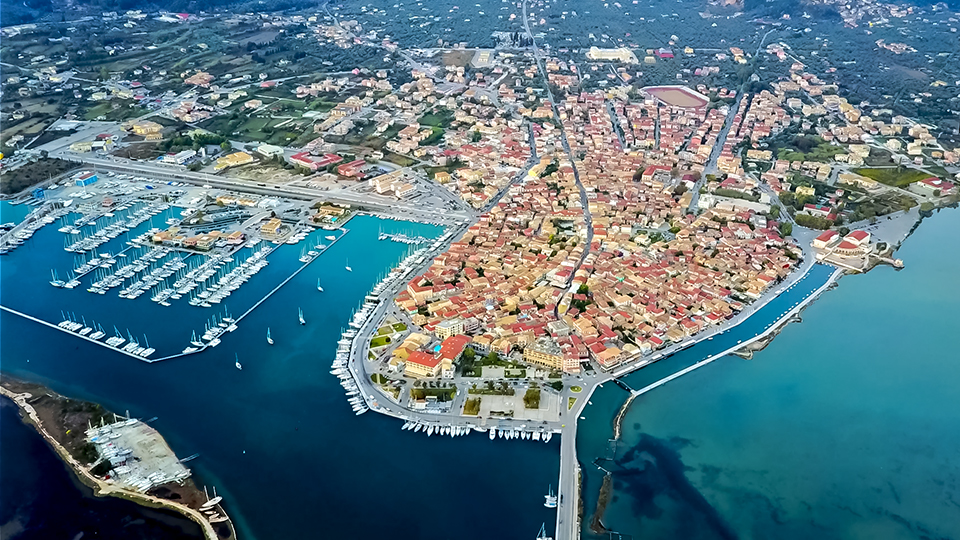 An unforgettable experience has just been completed and then the company gathered to share their impressions.
Lefkada literally bewitched us.
Just 3 and a half hours from Athens, there is an island that you can visit without having to use a boat and its beauties will leave you impressed.

Christos thank you very much!