Kavala – the Blue State of Macedonia.

One city… many stories, three names…

A hidden treasure that invites you to discover it. A crossroads of the great sea and land routes through which people, ideas and cultures have been moving from the Black Sea and Asia to Western Europe and from the Mediterranean and North Africa to the Balkans and northern Europe for thousands of years. 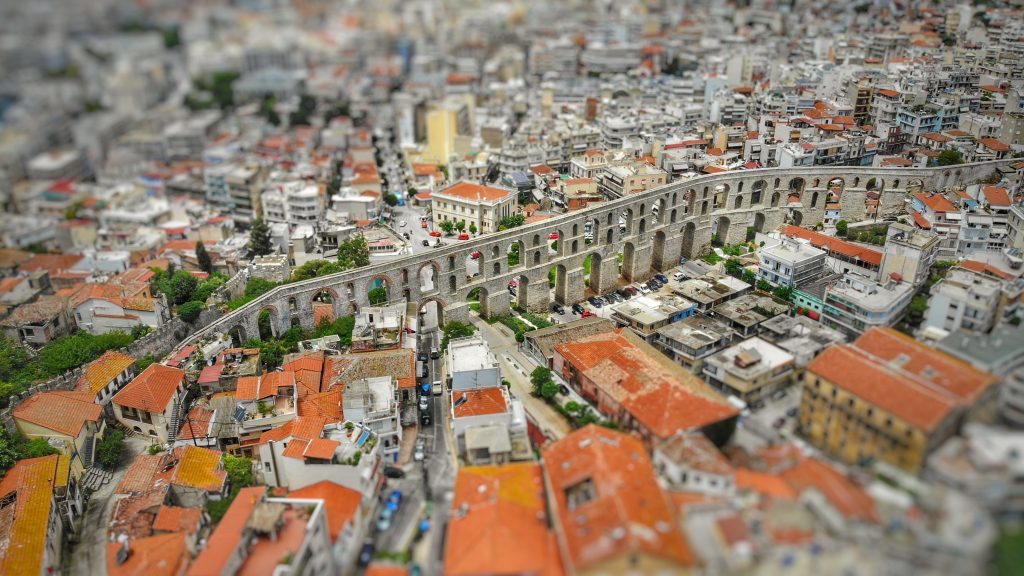 Just a short distance from the city center, about 17 km away, is the historic city of Philippi with its well-preserved Ancient Theater, a town that occupies, fortificates and takes its name from Alexander the Great’s father, Philip II.

Here later, in 42 BC, the famous battle of Philippi was made between two great Roman armies, the senators who assassinated Julius Caesar and his successors.

A little later, in 49 AD, Apostle Paul founded the first Christian church in Europe, baptizing the first European Christian, Lydia, on the Zygaktis River. Today, Lydia is the name of the small village next to Philippi, which houses the homonymous baptistery.

In the archaeological site of Philippi, the excavations brought to light important findings such as a section of the Egnatia Road (a major Roman road linking the Adriatic with the Black Sea), ruins of the Roman market, the prison of Apostle Paul, early Christian churches and of course the famous ancient theater that, in the depths of the centuries, remains alive and hosts the Philippi Festival each summer … A rare rendezvous in history, where three worlds meet: The Ancient Greek, the Roman and the Byzantine – Christian.

Finally, at a distance of 2 km from the archaeological site, there is the prehistoric settlement of “Dikili Tas” with rich findings of organized human life since the beginning of the Neolithic period, 5500 BC. until the Bronze Age 100 BC and the Byzantine years.

Very close to the area are the mud baths of Krinidon, a sustainable nature workshop that has been producing for thousands of years with wonderful accuracy, taking care of the health of people by using therapeutic clay and thermal water. It is one of the most important clay baths in Greece with high traffic from people who have health problems but also for aesthetic reasons since the clay is also a cosmetic.

Returning to the center, the journey in time continues in the old town, under the Fortress that is proudly projected at the top of a hill. Walking uphill through the narrow alleys, one can reach Imaret, a classic example of Islamic architecture that was almost entirely preserved. It was built between 1817 and 1821 by the founder of the last Egyptian Dynasty, Mehmet Ali. Today it operates as a luxury hotel. There is also the homonymous square of the old town with the konak of Mehmet Ali, one of the largest and best mansions of Panagia (the name of the wider area under the Fortress). 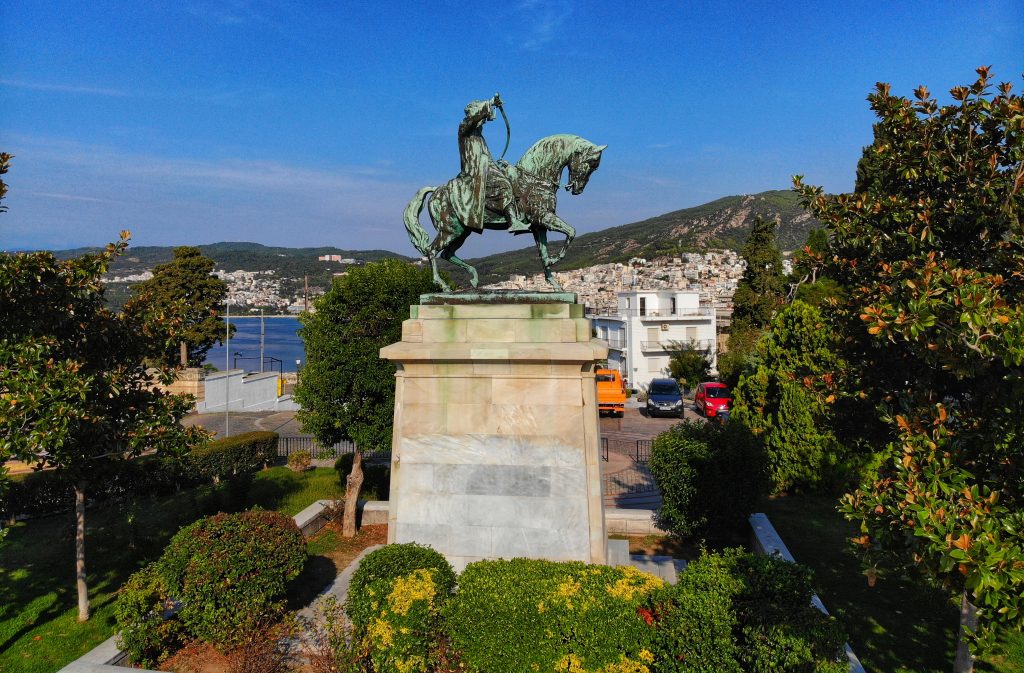 The fortress, built for the most of its part during the 15th century on the ruins of the Byzantine Acropolis, today is a place of rest and walk for visitors and residents, with an open-air theater for cultural events.

Finally, the most famous and emblematic historical monument is an integral part of the old town, Kamares. It is part of an extensive water supply system built by Suleiman the Magnificent in about 1530AD. It served as an aqueduct by bringing water from a source to the dry rock of the Panagia peninsula.

The old town of Kavala, which stretches around the fortress, offers the visitor a magnificent view, especially at the end of the peninsula, where the holy temple of the Virgin Mary and the lighthouse, a bright guide for ships from the late 1880s, is a pole of attraction for many visitors.

The space today is used as a Bel Vedere. The visitor can see the city of Kavala that lies at its feet, the sea, the enchanting island of Thassos in the background, and in the west the Mount Athos.

Of course downhill the visitor can cool off in the open-air café or taste local ouzo appetizers in the picturesque taverns of the area.

Entertainment, fun and commercial market with many interesting suggestions, even for the most demanding visitor, offers the city at its center, on its pedestrian streets, but also on the very beautiful coastal front ending at the port of the city, “St. Paul”.

A rapidly expanding port, starting 2010 in cruise tourism, marks an impressive increase in cruise ships calling at the port every year.

The new infrastructure, the expansion of the jetty, the great draught but also the beauties of the area that the cruise passenger can enjoy in a short period of time.

The Baptistery of Lydia, the footsteps of Apostle Paul, the Archaeological site and the Philippi Theater, the stroll along the nearby beaches and the historic center and the city market, make the harbor an attractive cruise destination.

Finally, in the harbor area, floating platforms for private boats and sailboats were created recently, with increased capacity and seats attracting many visitors especially during the summer months.

It is worth mentioning the unique Air Sea Show that has been taking place in the city in recent years with great success.

The visitor to the city of Kavala can meet the Archaeological Museum, the Municipal Folkloric Museum and the unique in Europe thematic Tobacco Museum with a wealth of exhibits and archival material that invites the visitor to make a trip in time when Kavala city in the beginning of the 20th century has been the largest tobacco processing and export center of the world.

The beauties of the wider region are endless: From mountain paths just a few minutes from the city center to the delta of the Nestos River and the Mount Paggaio, you can find beautiful routs for walking or long hiking, but also extreme sports while admiring the beauty of the nature with constant alternations in the landscape and colors, beautiful villages with fountains and plane trees, cafes and taverns and endless stories about the rich history of the place by the locals.

The beauties of the area do not end… But would anyone say that they start from where else? From the green and blue island of Thasos, a few miles across the city of Kavala.

It is the tourist pillar of the wider region with excellent infrastructure attracting visitors from all over the world, especially during the summer months.

The creeks, lacy beaches, wild cliffs, trails, hidden caves, rich pine forests, endless beaches and the tremendous archaeological interest make up an attractive environment in a unique destination that combines everything you could ask from a Greek island.

I do not want to tire you anymore. I end by inviting you to visit our place… It is a destination of colors, emotions, humor, tastes, cheer, human communication, culture and creation… A destination that you, believe me, will travel you!!