Karytaina. The base of Kolokotroni which was praised by Kazantzakis.

Do you have handy a five thousand drachmas bank note in which Kolokotronis is depicted? If yes, turn it upside down. What you see is the hill of Karytaina with the Frankish castle on its top and the stone bridge of Alpheus at its feet. 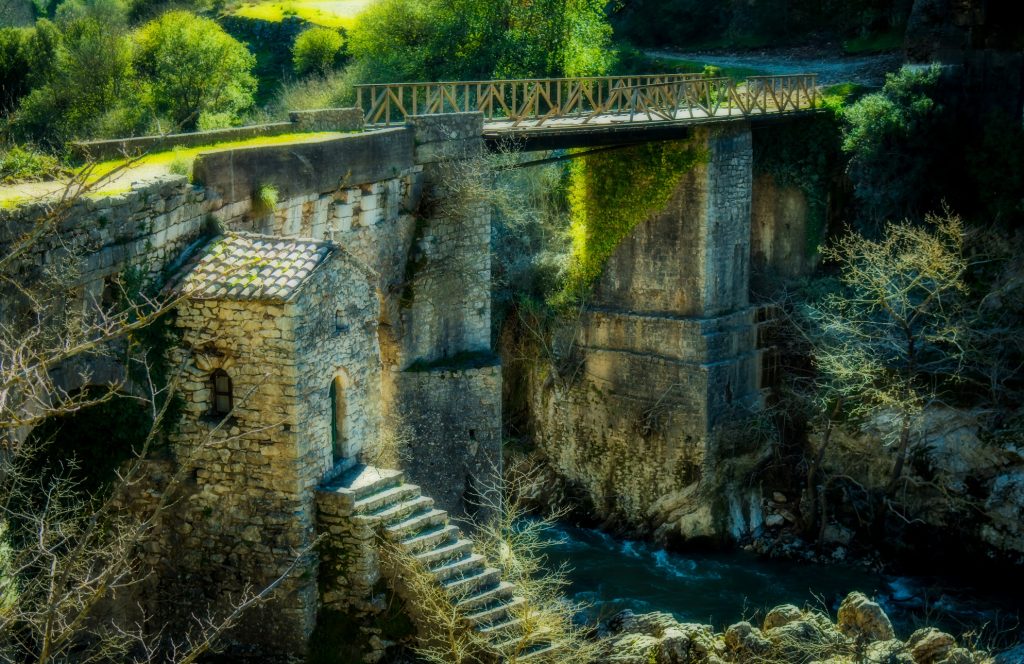 Chapel of the Virgin Mary

Built at an altitude of 582 meters above sea level with a castle on its top, it is one of the most beautiful villages of mountainous Arcadia with a medieval atmosphere.

It was somewhere in the middle of the 13th century, after the Fall of Constantinople, when the Franks stepped on Moriah and set their observatories. Thus, in 1245, the French Godefridus de Bruyère built the castle of Karytaina in order to defy the plain of Megalopolis and the commercial streets between Eastern and Western Peloponnese.

In the years of the Revolution, Karytaina dominated. It is no coincidence that Kolokotronis built his home in this very fortified place.