Kato Kalentini, the village that stars in the video, is the closest village on the shores of the artificial Lake of Arta. It is a settlement in the central Tzoumerka municipality in the prefecture of Arta in the region of Epirus. The village borders with Distratos Arta and is part of the Arachthos valley.

This information is easily found on the internet via wikipedia.
What few know is that Fagos settlement of Kato Kalentini village has been drowned by the artificial lake of Arta. 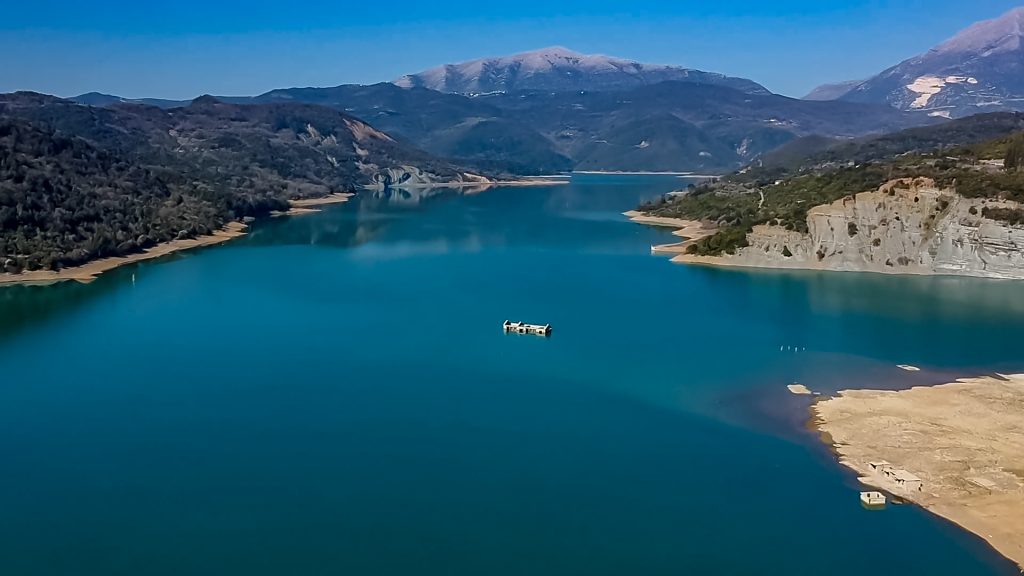 The dam was commissioned in 1981 and is the second largest dam in Greece (after that of Mornos) and retains the waters of Arachthos, controlling the flow of the river, which passes through the city of Arta. The lake has an area of 18.3 km2, a maximum length of 17.7 km and a maximum width of 7.3 km. There are no official reports on the depth of the lake.

The lake hosts in addition to many varieties of fish and birds and the village of Fagos, Kato Κalentini. It is a settlement that was abandoned and partially destroyed when the dam was created. In the late 1970s and early 1980s the settlement was abandoned and the waters covered part of it.

The fall of lake level, which occurs from time to time, reveals some old houses and other buildings creating a mysterious setting, most impressive of all, the old elementary school, which is also the largest. Indeed, it is a mystery because it has not fallen after almost 40 years its foundations constantly being under the water.