Dipsa (thirst). The island of Attica with the seals that those who were condemned were left there to die by thirst.

Did you know that in Attica, and more precisely just 6 miles from the coasts of Marathon, there is an island that nowadays hosts seals named Dipsa (thirst) and where, in antiquity, those who have been condemned were left to die by thirst?

More specifically, they left them for a time period (no exact time information) and then visited them again to see if they are alive or if they had died.

If they eventually had managed to survive, they believed that the Gods had forgiven him or her (note the “her”) and brought them back to the state of Steira in Evoia.

You may wonder why, while Attica has so many rocky islands, they had chosen the island of Dipsa as a place of martyrdom?

Perhaps because, even if it is only three miles from the closest coast of Marathon and 6 miles from the Steira of Evoia, the very strong sea currents in the area make the crossing almost prohibitive. 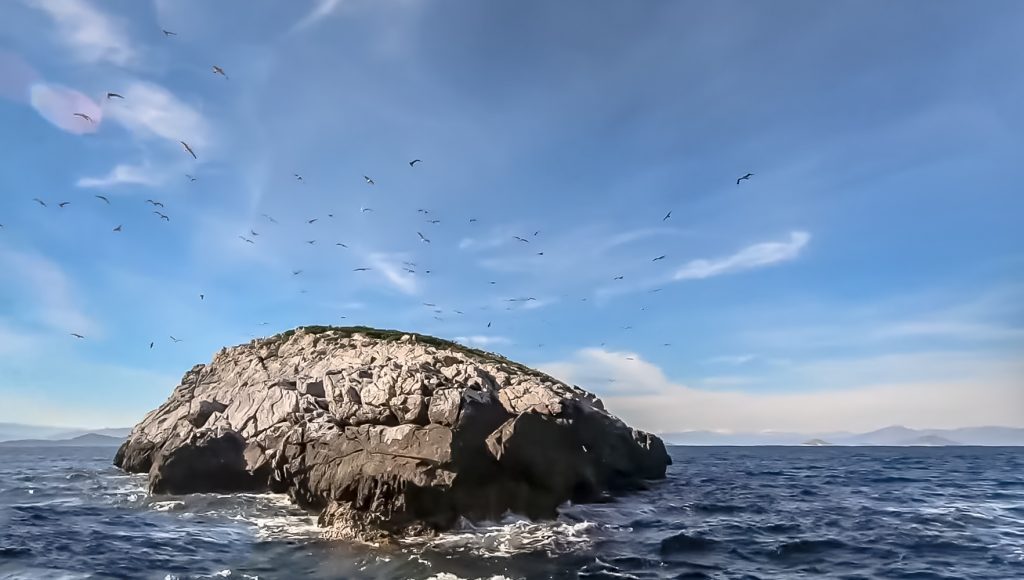 Who were condemned to death by thirst?

By surprise, those who were condemned to death by thirst were the heavy offenders of that time and the women deceiving their husbands!

Yes, you have read well, the unfaithful female spouses. You see unfaithfulness was a great sin in the societies of antiquity and the sentence for this act was too heavy.

The dark story of this island, however, does not stop in antiquity. On January 6, 1904, the historic steamship “Cleo” sank off Evoikos and the shipwreckers searched for shelter on a rocky island, without supplies, without any means of communication or means of escape. This rocky island was Dipsa.

One passenger was killed, while another decided to dive into the icy waters and seek help …